Home » Knowledge Centre » Ask the Expert » Where Are the Top Buy to Let Property Hotspots?

Where Are the Top Buy to Let Property Hotspots?

Darren Pescod, CEO of The Mortgage Broker LTD, offers information on the company so you know who you are dealing with.

Q: Where Are the Top Buy to Let Property Hotspots?

A: To say 2017 has been a tough year for buy-to-let landlords would be a huge understatement. Tax relief rules are changing, stamp duty has gone up, and recently we heard news of new stricter rules for buy-to-let purchases coming into force as well. You would be forgiven for thinking the buy-to-let market is almost a lost cause – or is at least heading that way.

But a recent survey has revealed the chances of securing a good yield from a rental property or portfolio could well depend on where you live. Online financial site Totally Money explored the facts and figures relating to half a million properties throughout the country, focusing on England, Scotland, and Wales. Three postcode areas in Liverpool came in at the top of the charts, with yields of 12.63%, 10.57%, and 10.29% respectively. These related to the L7, L6, and L15 postcode areas.

“It isn’t surprising to see an absence of London postcodes in this report,” said Darren Pescod, CEO of The Mortgage Broker Limited. “None of the top 25 postcode locations were in London, although many university towns do feature heavily in the top spots.

“Additionally, the median asking prices of properties in these areas are very low compared to those in London, and indeed the south east, too. The top spot has a median asking price of just £116,259, while the highest median value in the top 10 is in eighth place, with Nottingham having a price of £169,521. Some landlords are offering house shares to students, which is likely to be another reason why these areas are doing well. The demand is there, and the property prices make it possible to achieve a good yield.”

But while one of the lowest yields in the report went to the N2 area of London, with a yield of just 1.48%, this was only the second-from-worst result. In bottom place was Bournemouth and the BH13 area, where the yield was calculated to be just 1.41%. This is despite the median asking price of £1,456,539 being just under half of that in the N2 area of London, at £2,994,317.

“Landlords would do well to look at these figures and to find out as much as they can about their local area prior to considering new buy-to-let properties,” Darren Pescod added. “Anyone who is thinking about diving into this market for the first time should also ensure they have all the right information to help them make their decision. 2018 looks set to be yet another challenging year for landlords – and some more so than others, as we can see.” 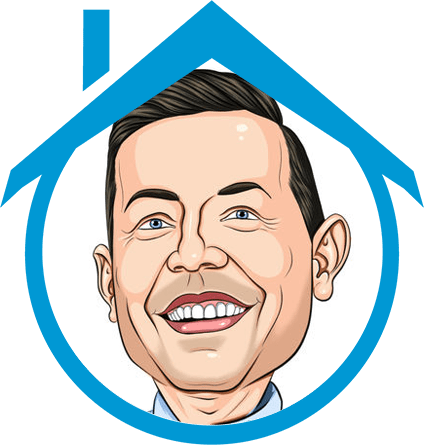