A property is said to be ‘under offer’ when the seller has provisionally accepted an offer from a buyer. The offer can be for the asking price the seller has advertised the property for, but it is more usual for the offer to be below it. The term ‘under offer’ is also occasionally used to describe a scenario whereby the seller has received an offer on their property, but they haven’t yet decided whether they are going to accept it.

Whichever the case may be, if you are looking to buy a property and you see one that is under offer, it may not be too late to put in your own offer. The thing to remember is that for your offer to stand a chance, it should be worth more than the original offer made by the other party interested in the property. This would mean at least putting in an offer for the asking price. Making an offer for more than the asking price would give you a better chance of success, but you should consider whether that price would be worth paying.

If you are on the selling side of the equation, it is a good idea to know how your estate agent works in this area. Some have contracts that prevent you from accepting other offers after you’ve accepted the first one you like. Think of it as an anti-gazumping condition. If this is the case, you must think it through carefully when viewing offers, because the first one you choose is the one you must stick with. This isn’t something all estate agents will require though.

In construction terms, underpinning is a process whereby the foundation of an existing building or other structure is strengthened and/or stabilised. This process may be necessary for several reasons. For example, in older properties, the original foundation that was laid is not strong or stable enough to withstand the weight of the building. Modern building regulations are typically much stricter and more involved than those used in the past. However, even modern buildings may require underpinning if the original building processes were not up to the required standards.

Other reasons for underpinning a property might include a change in the way the building is used, or a change in the soil underneath the property. The latter can lead to subsidence as soil gradually shifts underneath the property over a long period. This might also be necessary if the design of the property did not accurately identify the nature of the soil in the area where the building was built. Another reason might include the construction of nearby structures that requires the excavation of soil that supports the existing foundations.

One thing all these scenarios have in common is that underpinning is the most economical way of solving whatever issue has arisen with the foundations. Building a new foundation would be very difficult and costly. It is always much more affordable and sensible to work with the structure that is already there. It could be that only a portion of the existing structure requires work, for example, in which case a whole new foundation would not be required anyway. 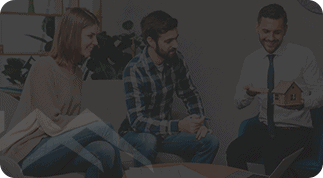