Home » Remortgaging – What does it mean?

Remortgaging – What does it mean? 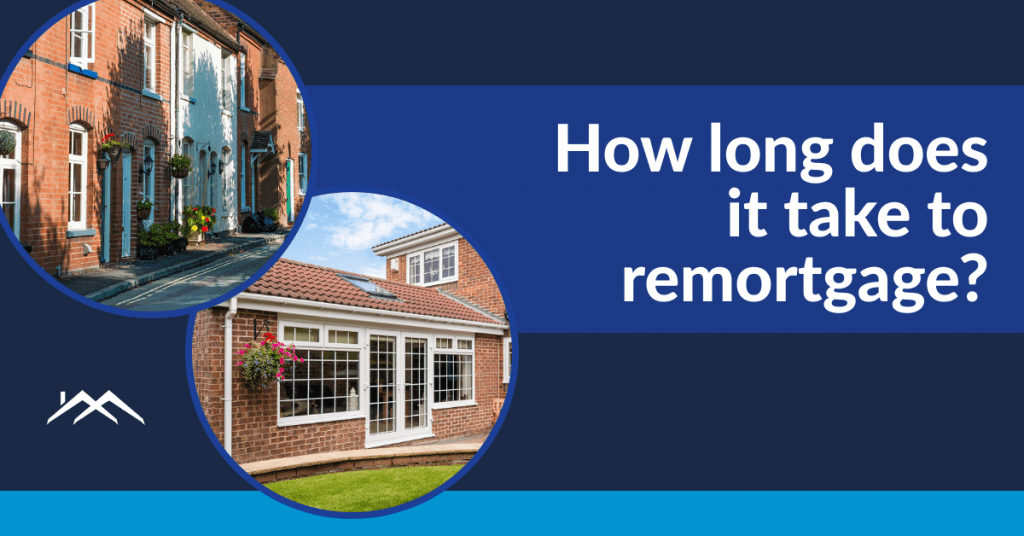 What exactly is a re-mortgage?

A remortgage is the process of paying off one mortgage with the proceeds from a new mortgage using the same property as security.

The first thing to point out with a re-mortgage is probably that it’s a lot quicker, it’s a lot simpler, it’s a lot easier and generally a lot cheaper than when you were buying your first home.

So if that process was a bit arduous the good news is it’s generally easier the next time around. Put simply with a re-mortgage: you own your home and you’ve got a mortgage to buy that home.

You might have looked initially at a fixed rate for say two, three, five years. When your broker advises this is coming to an end then you’d be going off something called a standard variable rate, which is basically a rate that is dictated by the lender, which is typically higher than the fixed rate than you were previously on.

Statistics show that it can cost you more money if you do end up going on to that variable rate. My advice is to contact your broker three to four months before your rate runs out.

This will give you more time to secure another lower rate, rather than a standard variable rate. It’s about keeping your exact balance and potentially moving it to a new provider – if that’s the best thing to do. It could even be worth comparing the whole market.

Is it the worst thing to do nothing?

Absolutely. Even if you speak to your broker and it isn’t going to make much of a difference, all you’ve lost might be, 15, 20 minutes of your time. In some cases it’s going to save people hundreds of pounds.

I knew of someone who had a mortgage with Halifax, and he didn’t know what to do. His rate was coming to an end within about a week,  which in an ideal world is too late.

I looked at the options that Halifax had for him, online it suggested about 2.8%, but I managed to get him a remortgage deal with a rate of 1.27. So it saved him about £150 a month. If he hadn’t done anything, it would have cost him even more than that because the rate he was looking at was discounted from the variable rate. You’re quite right, the worst thing you can do is do nothing at all.

That £150 a month, over a year adds up. Then when you fix that for five years, we are talking about a lot of money wasted just by not having a conversation.

I think a lot of the time, people are concerned about the cost of doing the re-mortgage. As we pointed out earlier, actually the cost of not doing anything can be significantly more.

If you think about buying the home, sometimes you need to pay for a solicitor, you need to pay for evaluation potentially, there might be lender administration fees as well. Whereas with the re-mortgage process generally it’s so competitive because it’s a lot easier for the lenders to do.

It’s a lot less risk as the solicitor’s done a lot of that up front. Often they will offer a free legal service and potentially cash back as well when the mortgage starts within 28 days. Things like free valuation too, so things like that can actually mean you might not necessarily spend a penny doing it, but could save hundreds every month.

How many lender options are there for remortgages?

I think you’ve got to be really careful with this as a consumer, because it can be all too tempting to just go into the bank.  Aside from the fact you might have to wait weeks for an appointment, they’ve only got one set products that they can offer you.

Even if you go into certain places on the high street who might have mortgage brokers in house, a lot of them have a panel of who they can use, between 23 and 26 lenders.

Here at The Mortgage Broker we have access to over 90 different vendors, and over 10,000 products. It’s always going to be worth speaking to a broker who’s got more options than less, because if you think, are you likely to get a better rate with somebody who’s got over 90 lenders or someone who’s got 23?

You’ve got to be really careful, and it certainly is a question that you can ask the broker as well is how many lenders they are working with, just to make sure that you get the best deal.

When’s the optimum time to secure a remortgage offer?

That’s a really good question. Most mortgage offers will last for six months. If your rate was to expire in five months time and you would start the process now, it can be all tied up within three weeks.

You can potentially get all the paperwork done within that period of time and then all that will happen is just as your rate is about to change over the new lender will get a redemption figure to make sure the exact balance is changing across from your existing lender.

You can get it tied up way in advance and at the moment while the rates are so low, it’s a good idea to secure those just in case the base rate goes back to where it was before. So you can secure it early and it just changes over without you needing to do anything at all nearer the time.

How long have interest rates been low for?

Historically they’ve been low for years now, but since the Bank of England put the base rate down to 0.1% a couple of months ago, mortgage rates are unbelievably low and now’s a great time to lock in.

Whether that is short term because the rates aren’t predicted to go up too much, or if you’re looking for a longer term fix now if you have no plans to move whatsoever, you could get a long-term fixed rate well within your budget, just in case anything does happen in the future.

What if I’m planning to move?

That’s really important to discuss this with your broker because if you’re looking to move in say two or three years time, and you take a five year fixed rate, then there’s potentially going to be exit charges or early repayment charges from that option.

You might get a lower rate potentially for a short period, but then if it’s going to cost you thousands to come out when you move house, then that’s something to factor in.

You’ve got a couple of options. One is to take the longer option. So a five year, even though you’re going to move in three years, and you can do what’s called porting the mortgage. So you can take that mortgage with you to the new home, as long as you fit the lender’s affordability at that time.

The alternative would be to take the shorter one and re-assess. So if you are looking to move in two to three years, you could take a two year fixed, and at that stage you could start looking at the new properties.

A mortgage calculator may not necessarily give you the full picture, thats where a broker can help. If someone’s got a really small mortgage as well, let’s say £50,000, chances are if they take a lower rate with a massive fee, not going to be the best option, they’re probably better taking a slightly higher rate because the differential in price per month is not going to be that great.

Yes, you can look at calculates online. Yes, you can go on compare the market, and that’s great for a starting point. You’ve got to make sure that you fit the criteria with the lenders as well. And we deal with a whole range of customers, whether it be older borrowers, Self-employed customers, or people with bad credit.

You can look at the best rate on the market and say, “do you know what I’m going to go directly to that bank and do that.” You might be wasting your own time and money if you don’t fit their criteria.

Any other important details to consider?

People might be looking at The Mortgage Broker website, they might be listening to this because their position is they are slightly left of center and it might not be the most straightforward case in the world.

Unless you are looking for a mortgage 6-8 times over your annual income or you have missed mortgage repayments there are potential options for you.

So if you go to a high street broker or into one bank and they tell you, “no, there’s no options with a 10% deposit” and that’s going to make you miss out on your dream home, go and seek advice from a qualified mortgage broker.

I hope this helps. I hope that people are reassured from this, that actually, yeah we’ve had a bit of a rough time over the last few months with lockdown.

Surveyors are going back out to value properties, you’re allowed to go out and do viewings again and there are lending options for a wide range of situations.

So if that’s putting you off buying a home, or one broker said that you can’t do it, I think it’s certainly worth giving us a call and seeing how we can help you.

How long does it take?

An initial 10-15 minute conversation can determine if something is plausible. Then it’s just a case of sending over the most competitive options. At the Mortgage Broker our initial conversation and advice is free.So you’re not going to lose anything from a 10 or 15 minute conversation. So if that, again, was a worry then it’s something that can ease your mind I’m sure.

How long have you been a broker?

I’ve been a broker for just over four years. Before that, I was a compliance manager at one of the largest networks in the country. And before that, I worked for Lloyd’s Bank for about seven or eight years and I ran a property company as well.

I like to keep up to date. I really enjoy my job, especially where I am here at The Mortgage Broker. We do deal with all sorts of customers in all sorts of situations and you often find that they’re a lot more grateful and we’re helping people that might not be the most straightforward cases, and there’s a great deal of reward in that.

What do you enjoy the most?

I think there will come a time in the market where brokers who don’t have access to many lenders and are only used to dealing with stuff that’s straightforward will become null and void. Now that might be five years, 10 years, 15 years.

That’s why The Mortgage Broker is a really good fit for me because my ethos and morals are very much around putting the customer first and helping them. And if someone else has said they can’t help them go above and beyond to make sure you can. So that’s my favorite thing is, helping someone when they’ve been told that it’s not an option. Almost as a challenge to help them buy their home.